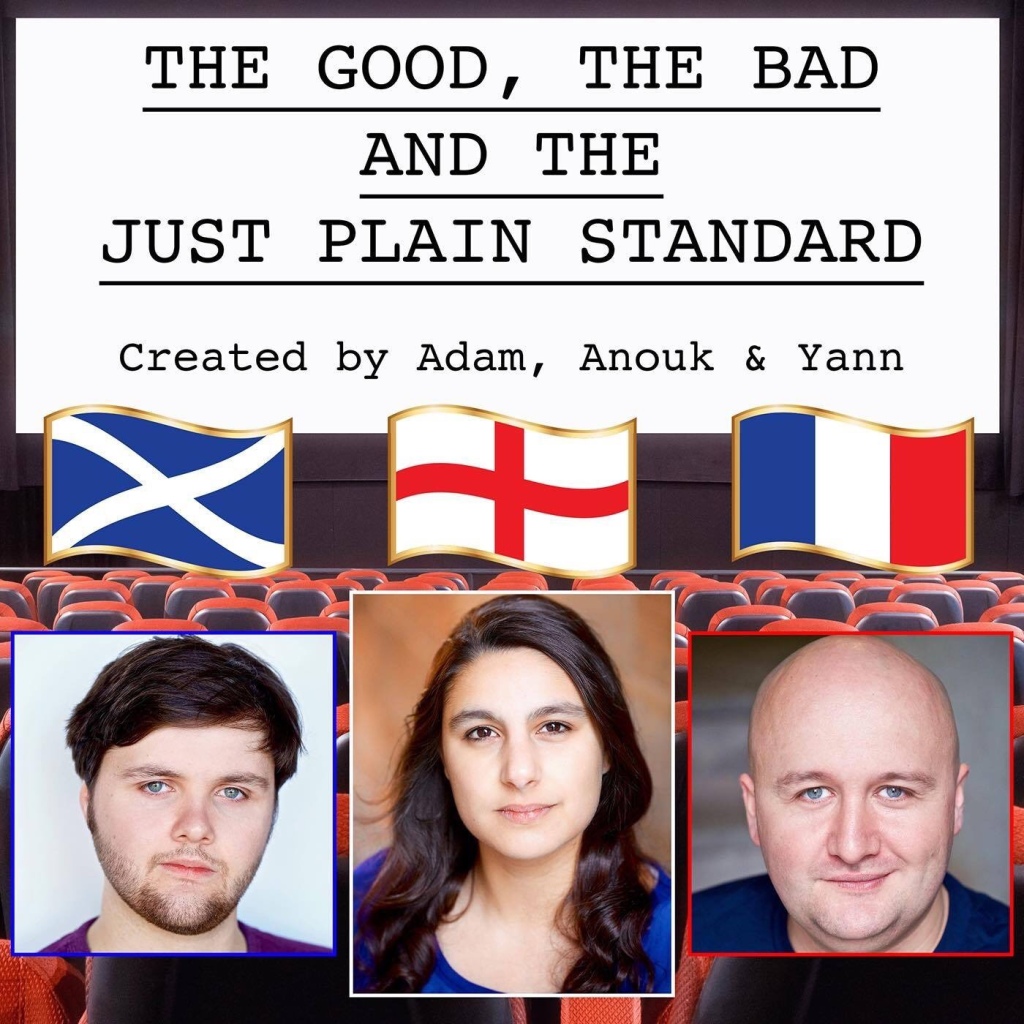 As mentioned on episode 6 – Hype. Their are other podcast out there to listen to. Follow the link above for an in-depth look at the Edinburgh fringe. New episodes available.

There is no such thing as the perfect murder. Or is there? Join Strathclyde Theatre Group this autumn for a night of mystery, intrigue and plots inspired by the master of suspense, Alfred Hitchcock, in this sparkling new adaptation of ‘Rope’ by Patrick Hamilton.
When two wealthy students, Brandon and Granillo, plot and commit the ‘perfect crime’ to prove their intellectual superiority, the arrogance of the thrill killers gradually comes undone as they invite family and friends for a dinner party with a difference.
Set in the era of the Mad Men, come and enjoy a night of smart suits, designer dresses, and razor sharp dialogue. Brought to you by Director Gary Hurr (Glengarry Glen Ross) and Producer Aaron Pennie (Reasons To Be Pretty) – this is sure to be a hot ticket for those cool November nights. ‘Rope’ will be performed at Glasgow’s intimate theatre, Websters, in the heart of the west end from November 14 – 18, 2017.
Cast of Characters:
Brandon – arrogant, superior, aesthete, domineering, athletic. (male, playing age: 20/30s)
Granillo – weak and easily led. Nervous and fidgety. Dominated by Brandon. (male or female, 20/30s)
Kenneth Raglan – a fawning hanger-on. Has a soft spot for Leila Arden. Small part (male, 20/30s)
Leila Arden – demonstrative friend of Brandon and Granillo. Likes being the centre of attention. (female, 20/30s)
Sir Johnstone Kentley – elderly book collector, the father of the murdered man (male, 50/60s or older)
Mrs Debenham – a rather silly, upper class woman. Small part (40s)
Rupert Cadell – an older acquaintance of Brandon and Granillo. Poetic and a dreamer. Gradually unravels the murder plot using old fashioned detective work (male, 30/40/50s)
Sabot – a surly manservant to Brandon and Granillo. Small part (50s)
Ronald Kentley – the murdered student friend of Brandon and Granillo. (non-speaking part, seen briefly at the beginning and end of the play. ) (male, flexible with age range)
Auditions will be held in Glasgow in the week beginning August 28. Rehearsals will be held, initially, twice weekly from early September and the production week is November 13 – 18. Familiarity with RP (accents) would be an advantage.
To book an audition slot please email: rope-stg@outlook.com
To find out more about the show and the characters email the Director, Gary Hurr at garyhurr@hotmail.com or phone 07846 207 240

Who’s Afraid of Virginia Wolf is a favourite, not just for me but a vast array of people the world over. Tuesday night’s visit to the Theatre Royal in Glasgow was going to be an interesting one. Not just for the highlights of an excellent play but for the evacuation of the entire theatre at the beginning of the second act. Cast, crew and audience found themselves briskly swept outside by the fire alarm so we could all enjoy the evening sun whilst taking a moment to wonder what would happen next?This is where we see the quality of the show, not that anything before was substandard but that with the curtain rising on the second act for the second time the production got back on stage to carry on unfazed and undaunted. To see a cast come back on strong to show their ability to continue without losing energy or rushing to pick up the pace but deliver a superb show that displays all the hilarity and heartache Edward Albee’s play continues to evoke. Should you find yourself with some free time get along to the Theatre Royal and find out Who’s Afraid of Virginia wolf.
﻿

Hello and welcome to The Buzzword Podcast, a new show recorded in Scotland!

We aim to discuss the finer points of local Theatre and the Arts, promoting upcoming shows and meeting the who’s who of Scottish creative talent.

On the first episode the team start serious on the merits of Batman & Robin, Spartacus as a stage play, the pain of auditions and Die Hard – The Musical!

Also on this show is Actor/Director Thomas Gemmell, who will be talking about his upcoming production of ‘The Rock of Ages’ by the Airdrie and Coatbridge Operatic Society.

So tune in and we hope you enjoy!